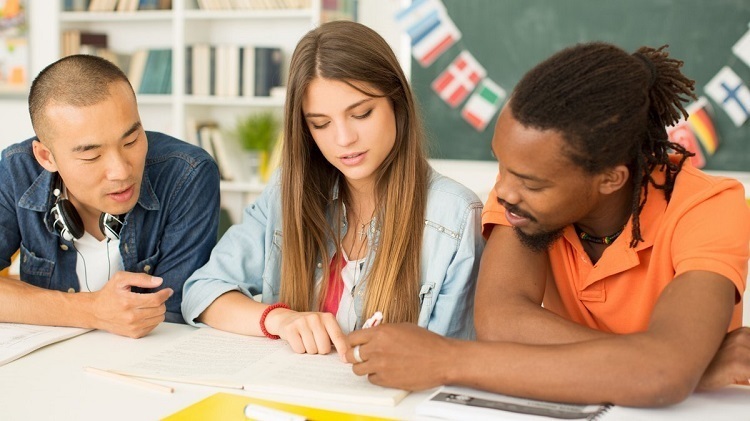 Europe is a continent where about 23 different languages are spoken: German, English, French, Spanish, Portuguese, Italian, Greek, Bulgarian, Danish, Estonian, Finnish, Dutch, Hungarian, Irish, Latvian, Lithuanian, Maltese, Polish, Romanian, Slovak, Slovenian, Spanish, Swedish and Czech. This linguistic richness is one of the main reasons for choosing it as a destination for language learning, although it is not the only one.

1. You can learn more than one language

The great variety of languages in Europe will give you the opportunity to learn more than one language during your stay in the Old Continent. For example, if you decide to study Spanish, one of the official languages of Spain, you’ll can learn other local languages such as Galician, Basque or Catalan in certain areas of the country. In addition, its proximity to France and Portugal is also an opportunity to study French and Portuguese, if you so choose.

2. The quality of your language schools

The European continent has many language schools, many of them accredited by official bodies such as the Cervantes Institute (for Spanish) or by Ministries of Education such as French, which recognize the quality of the language courses (Spanish, French, English, German, Italian, Portuguese, etc.) offered by these academic centres. Betting on a school with international accreditations and certifications, such as TANDEM International or the Institut Européen de Français (IEF) is one of the best guarantees at your disposal to make the most of your stay in Europe.

3. Levels defined by the Common European Framework of Reference for Languages (CEFR)

Most centres specializing in language teaching use the Common European Framework of Reference for Languages (CEFR), a European standard that measures the level of oral and written comprehension and expression of a language, as a reference for their courses. The main advantage of this system, which divides the knowledge of a language into six different levels, is that it makes it possible to better organize language learning and to standardize qualifications. Thus, an individual will have the same level of language competence throughout Europe and an academic centre, a public institution or a company will know better what their real level is.

4. You can travel all over Europe

If you decide to study a language in a city like Madrid to learn Spanish, it will not be difficult for you to move to another city like Montpellier to study French and continue your journey through the rest of Europe. Whether you are enjoying a sabbatical year or a language holiday, in addition to a language course you can take advantage of your stay to travel and discover the rest of the continent, which has an interesting heritage and rich history. Take this opportunity to get to know different countries, as Europe has a good transport network (airports, train stations and roads) that makes travelling easier, safer and cheaper.

5. Speak English as a second language

English is the fourth language in Europe and is spoken in countries such as England, Ireland, Scotland, Wales and Malta. It is the language used as a reference in the vast majority of countries and in many companies and nearly 38% of Europeans speak English as a second language, which will help you communicate if you do not have a good command of the language of that country. It is not a question of avoiding learning Spanish, French, German, Italian or Portuguese, but it is reassuring to think that a large number of Europeans know English because they have studied it as a second language or use it in their working environment and will be able to understand you if you have any contingencies.

Both the possibility of learning more than one language during your stay in Europe and the support of public bodies for language teaching in schools accredited by them and the division of language levels according to the CEFR are interesting factors to take into account when learning languages in Europe.

And don’t forget that studying languages in Europe will allow you to travel and travel around the rest of the world, and because it is the second language of many Europeans, you will be more likely to make yourself understood if you are not fluent in the local language – do you need more reasons to choose Europe to learn languages?

Perks of an Online Degree

Things that you should always do before handing in an essay